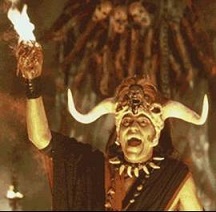 *Dang all Get out*
Top


Friedman wrote:“You know what, I do think Tyson Barrie is going to go.

“I did a game there where Montreal was in Denver. Don Meehan was there at the time with Craig Oster. They’re the Newport guys who handle Barrie. I just got the impression from everybody involved that they weren’t really even in the same ballpark.

“Knowing the way they finished their year, I’ve got to think it’s very likely he moves on.”

Wild get rid of Sydor and Rick Wilson as assistant coaches.
Top

Does that mean Sydor is available?

Because I think he would make a better goaltender than Lehtonen.
Top

Ok, let's not get carried away here.
you don't realize that your pants are too long until you walk to get a taco in the rain.
Top

He should. Getting to the conference finals is pretty good.

B Kat wrote:Think Hitchcock returns? I kinda think so.

They should hope he wants to.

He turns 65 in December so it's probably just a matter of if he wants to continue grinding away.

This is going to sound morbid, but I often worry about that guy. He looks really unhealthy and I'm honestly surprised he hasn't had a massive heart attack by now.

I'm sure Hitchcock was upset. CBC showed a David Backes interview, also very teary. Every team bonds and thinks they can make it all the way. It is sad when a team loses a series, they've poured their heart and soul into it.

I never really thought Hitchcock might not consider coaching next season. Taking a team to the Conference Final round is a great accomplishment and normally a coach won't lose his job. But he was kind of on the hot seat, and I sort of think he had a lot of meltdowns over their playoff run, so maybe a different approach is needed. Also it seems like his style, heavy, patient, defend, defend, defend, wait for your opportunity, hit, hit, is not so much in favor, currently. Today it's all speed and puck possession, mobile defensemen, getting the puck up the ice quickly as possible.

I do think Hitchcock will return as coach, but I could see why he might not.
Top

He probably bows out, knowing how lucky he was to even get as far as he did, and goes out on a high note. Probably gets a job in the booth somewhere.
Top

ToddM wrote:He probably bows out, knowing how lucky he was to even get as far as he did, and goes out on a high note. Probably gets a job in the booth somewhere.

Hopefully radio. No need to see that turkey neck flailing around in between Roenick and Milbury.

With any luck, Milbury will get another GM job. Preferably in our division.
Top

Hitch won't retire. He couldn't go to a quiet life absent the ability to yell at rookies.
I got a ranch in downtown Dallas/I buy diamonds by the ton/Chase cuties in my Cadillac/Drill oil wells just for fun/But when it comes to boots, I need a deal/That will fit me right, toe to heel/So I get my boots at Western Warehouse.
Top

Interesting that the one-year / final contract for Hitch is costing him probably two of his most experienced assistants (one of whom is Kirk Muller).
Top


Jeremy Rutherford of The St. Louis Post-Dispatch reported the last offer was three years at $5.5M, although there were some rumours the Blues were willing to go up to four years and $6M.

5. Hitchcock may look at Rick Wilson and Darryl Sydor, both fired by Minnesota. Wilson stood next to Hitchcock when Dallas won the Stanley Cup in 1999. Sydor played for that team. The Blue Jackets also seem like a potential Sydor fit. His second Cup came in Tampa, where he played for John Tortorella

[urlnp=http://www.todaysslapshot.com/from-the- ... ng-traded/]Bob McKenzie "There’s no question in my mind, I think Tyson Barrie is going to be traded.”[/urlnp]

I just don't think Subban is going to be traded. Or Lindholm. Some decent D on that list, tho.
Top

It will take a full Nill Jedi mind trick, but I recommend Val + Eakin + Kari for Bishop