Condra on the second line?

God our depth sucks. I know scuba jokes we have 3 third lines, but it's more like 1 third line and 2 fourth lines. Just looking at that list of players (after the first line) and not one is an offensive threat that any other team has to game plan for.
Top

I was just about to reply to your post that Condra is on the first 4th line. Way to be a buzzkill. 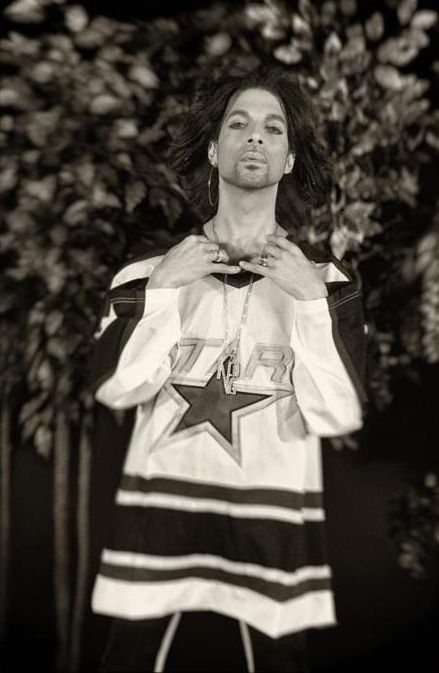 We just suck the life force out of hockey players.
Top

I’m really surprised that our one goal wasn’t enough to win this game.
~ Swinton
Top

I only caught the last eight minutes of this one. Were they as lazy and unmotivated in the previous 52 minutes?
Top

I skipped the 2nd period but I thought they were skating pretty hard in the first. Not enough to outpace the Blues, though, who were coming in really hard with their forecheck.

The second goal against was some inferior defense by both Klingberg and Lindell. Klingberg was soft on coverage and didn’t take away space from his attacker. Lindell got beaten to the front of the net. I sorta stopped caring after that one.
~ Swinton
Top

So Condra, the career AHLer, has more goals this season than Val in way less games. Yeah, our secondary scoring is fine, Nill.
Top

Yeah. But, is Condra as good at defense as Val? I think not.
Top

Hahaha
I got a ranch in downtown Dallas/I buy diamonds by the ton/Chase cuties in my Cadillac/Drill oil wells just for fun/But when it comes to boots, I need a deal/That will fit me right, toe to heel/So I get my boots at Western Warehouse.
Top

The funny thing is, I bet this team would be close to if not dead last in the league without the goaltending being so great this year. That's how bad the team really is.

Of course. The one year when we actually have good goaltending and the team in front of it shits the bed.
Top

Miro didn’t even get inducted into the hall of game tonight. BUST.

I’m assuming that’s in reference to the drop pass behind the net to no one, which was a gift turnover to St. Louis. It was probably a factor in why he only got 10 minutes of ice time.
Maybe we’ll see Carrick back in the lineup next game.
~ Swinton
Top

I’m assuming that’s in reference to the drop pass behind the net to no one, which was a gift turnover to St. Louis. It was probably a factor in why he only got 10 minutes of ice time.
Maybe we’ll see Carrick back in the lineup next game.

Although Carrick hasn't been any better, at least we have a smaller sample size and can delude ourselves into thinking he sucks just a little bit less.
Top

He sounds like a broken man.
I got a ranch in downtown Dallas/I buy diamonds by the ton/Chase cuties in my Cadillac/Drill oil wells just for fun/But when it comes to boots, I need a deal/That will fit me right, toe to heel/So I get my boots at Western Warehouse.
Top

Time for some trades
Top

I was going to copy and paste the Broken Man speech from A Feast for Crows and replace "broken man" with "broken player" or "broken team" but then I looked it up and realized how long the speech was and decided it was too much work for a bit that only like 5 people would think is moderately funny.

But it's still a good speech, so here you go if you haven't read it in a while.

Shapiro was again pretty brutal in his 20/20 post game article.

That’s a phrase that those inside the organization have used in the past when discussing the team. It’s a term you hear behind closed doors, in chats on the side and even in the occasional angry text message.

But that message and honest assessment have been hidden from public view for years now.

Even when the Stars had a public blowup, courtesy of Jim Lites, the culture wasn’t blamed, but rather two pieces of a larger fabric of disappointment.

On Saturday, after another disappointing loss, someone from the Stars organization finally acknowledged the bigger issue and vindicated quite a few fans’ views when Jim Montgomery stepped up to the podium.

That’s the truth about this organization. There are so many pieces that come together to make a whole, but when you boil it all down it’s a culture that has to change.

4. What about the players? How can they fix this?

After Thursday’s game in Philadelphia, Stars captain Jamie Benn said they would work to fix the slow starts internally as a leadership group.

Jason Spezza, who is part of the leadership group, said the Stars never discussed it after the Philadelphia game.

Instead of a message from leaders to set the tone, there is more of a vibe that every man needs to step up and prove it themselves.

“It just comes down to individuals to get prepared for games,” John Klingberg said. “It comes down to us (as leaders) but we are all playing in the NHL and we’ve got to be ready when the puck is dropped. We can’t be babysitters in here and try to get other guys going; it has to be individual.”

5. There is a difference between babysitters and leaders.

When the Stars are playing well and when they gush about their captain’s leadership they point to how he sets the tone and the team follows. There is a certain way that Benn can make an impact on the rest of the roster and get them to play better, even on nights when he doesn’t look like one of the best players.

If he’s going to get the praise when it goes well, he needs to take the blame when things aren’t going well. The Stars need more from their captain.

19. Montgomery is trying everything to fix the culture.

And as hard as the coach tries to fix things, there is only so much he can do with the roster that’s been given to him. That’s something management needs to realize, and they need to play their part in helping to fix a flawed culture.

And my favorite bit... a comment of his article was someone asking why there weren't any quotes from Benn after the game since he's the captain and the reader was used to other markets (NY, Pitt) where the captain was always the one asked questions and giving quotes after games like this. Sean's answer:

Well Klingberg and Spezza do have letters on your jersey, but I can explain why Benn doesn't speak after every loss. After each game Stars PR will pull aside three players that have been requested by the media and when we get into the locker room those are the three available. We typically do not request Benn because he is a terrible interview and doesn't say anything worthwhile, often it's a waste of my time to talk to Benn when other players actually provide something that would give insight to what happened that evening.

That's the face of the franchise, folks. Benn may say he plays for the guys in the room, but he should also be aware he plays for the fans to essentially pay his salary. Give them nothing and at some point they'll stop being your fans.


And lastly, another commenter pointed out the high amount of giveaways the Stars had (32). Again, Sean's reply:

They should do more team-building exercises, like an escape room, or paintball, or getting together and going to a Stars game.
Top

In all fairness, Hatcher et al. were shitty interviews too. But, they were true leaders. I'm not sure the interview skills are indicative of leadership ability.

Benn's shitty performance on the ice is, however.
Top