And he wasn't really all that rewarded for it.
Top

He was heading to arbitration. Instead of having the arbitrator award $2.5 million, the Avs just gave it to him. It's a one season deal. He'll be allowed to walk as a UFA next summer.
I got a ranch in downtown Dallas/I buy diamonds by the ton/Chase cuties in my Cadillac/Drill oil wells just for fun/But when it comes to boots, I need a deal/That will fit me right, toe to heel/So I get my boots at Western Warehouse.
Top

His two points in the playoffs last year were key to their victory.
Top

SaintAngerBH wrote:His two points in the playoffs last year were key to their victory.

One of them was scoring the first goal in a 2-1 overtime win in Game 6 at Pittsburgh that ended that second-round series.

Ray Whitney would be so proud.
Top

SaintAngerBH wrote:His two points in the playoffs last year were key to their victory.

One of them was scoring the first goal in a 2-1 overtime win in Game 6 at Pittsburgh that ended that second-round series. 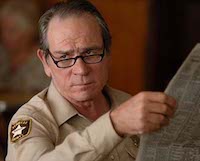 Saw this post from Austin Smith, a former Stars draft pick. Everyone always focuses on the players who make it to the NHL but there are so many guys who are drafted and never make it to the league, but continue to play because it is what they know and love. At some point, everyone hangs the skates up. Unfortunately, it isn't always on the player's terms. After five years bouncing between the AHL and ECHL, Smith started playing in Finland, then Germany, then Austria. It looks like his team won their championship this past season, but in his words:

Unfortunately it came at a cost. I played the last part of the regular season and playoffs with a pretty severe concussion. I tried to convince myself I was healthy enough to play and that their wouldn’t be consequences. The team doctors and owner didn’t empathize with my symptoms and what I was going through. They forced pills on me and told me it would be ok. I even missed two games in the playoffs, because symptoms were so severe. The Gm, Dieter Knoll of @hcbfoxes, was furious and did not understand why I could not play. He actually refused to pay me the extra bonuses the team earned in the playoffs, because he felt that a concussion is not a reason to miss a game. The @erstebankeishockeyliga has been trying to convince the Gm to do what is right and pay me what I earned. Regardless of the money, the symptoms are still lingering, and treatment is very expensive. The Gm has not offered any help financially for the medical bills, and has dodged every phone call and email of mine.

Sports can be a really shitty business.
Top

It's to be expected when your GM is Dieter Von Cunth.
That Hanzal's so hurt right now.
Top

Great (probably paywalled) read on the Zubov trade. Obviously, talent-wise, it ruled, but I had no idea Kevin Hatcher was a huge piece of *poo poo* that was hated by coaches and players alike.

I wonder what Lites and Carbonneau were getting at there.

I had no idea Kevin Hatcher was a lockerroom cancer.
Top

Wait, so no one is going to kick Campbell in the balls for allowing 4 goals on 11 shots? You guys are leaving this to me, the goalie apologist?

Los Angeles netminder Jack Campbell, who was making his fourth consecutive start, allowed four goals on 11 shots before being replaced by Peter Budaj.

(This of course comes after allowing 2, 1 and 0 in his prior three starts)
Top

Man. He literally swept him off his feet.
Top

Roussel is a tool.
Top

A man likes his pickles.
Top

Dude. That should be a suspension....
Top

Cody Eakin now has 10 goals on the season. I guess Lindy Ruff was right about him being our best option at 1C.
Top

ToddM wrote:Cody Eakin now has 10 goals on the season. I guess Lindy Ruff was right about him being our best option at 1C.

^Yeop. And a Stanley Cup ring.
That Hanzal's so hurt right now.
Top

Ray Whitney would be so proud.
Top

Coyotes defense lookin' sharp. I can't read the jersey numbers but I'm just going to assume these are all ex-Stars:

Edit: Goligoski was indeed the primary d-man on the play, and this was the third shorthanded goal the Coyotes allowed that game and the second allowed on that same power play.
Top